Picking up on the #digitaloutsider theme, we were treated to a day out toÂ Piel Island on Sunday afternoon. We divided into three vehiclesÂ for the 15 minute drive and regrouped at the pier on Roa Island.Â It was again an unbelievablyÂ gorgeous warm sunny day and the salty air hit you as you walked towards the little jetty where you could see

Thy Form was sleeping on a glassy sea:

PielÂ IslandÂ is aÂ 50 acre teardropÂ suspended betweenÂ the lowerÂ coastlinesÂ of Barrow and Walney, accessible by kayak, hovercraft or the small motor boatÂ run by an entrepreneurialÂ local who runs people back & forth on a vague time table with a bucket in the middle of the boatÂ for the fiver fare, which seemed to run on an honour system. It has a pretty interesting history despite it’s size, including a genuine ruined castle and a King named Steven.

I keep saying this is my year of low-tech / offline / digital detox / analogue. The idea that I wanted to get back to basics is a development(?) from when I claimedÂ 2014 was my fallow year. During theÂ year I was restoring the nutrients back I started going back to things I enjoyed doing as a child (=when I was happy without thinking about it). I wanted to go back to times when I was curious about the world, explored without a set outcome, challenged myself to mastering a skill because I wanted to, not because I needed a certificate and spend more quality time with people who could move my train of thought onto a different track. Â So I started folding paper, drawing, reading books (fiction)Â and going outside for walks. Â The outdoor excursion kind of crystallisedÂ these thoughtsÂ for me, especially as I walked along the circumference of the rocky shore and sat down and started sketching some nature. I think I evenÂ had a #flowment for awhile.

I mentioned previously that all my ideas about whatÂ life in England would be like before I came here were formed by two authors; Agatha Christie and Sue Townsend. I didn’t really think (although feverishly hoped) I’d be invited to weekends at country estates or life in a small village, but I really could sympathiesÂ with Adrian Mole. I was around 13 3/4 when I first came across his confessions and have been baffled by off hand references to items like Jaffa Cakes, Noddy, Milk Trays and beetroot sandwiches – till I came to the UK a decade ago.

There were a lot of pennies dropping when I went to the local Sainsbury. Toni, RadamÃ©s and I were in sync about finding more about a country by going to the local shops. This comment was made as weÂ passed by the Morrison’s on the way to the Charity Challenge. I totally agree, and I must have spent the first two years I was here being amazed at the mass produced consumer items on offer from the big four. There were so exotic to me, so I started drawing them – eating and reviewing the products.

I want to capture some of the curiosity again. That drive to explore and experiment. This DML’s been so good for that. I’m curious about things – and want to be start sowing seeds.

Some of my drawings ofÂ British things…more here. 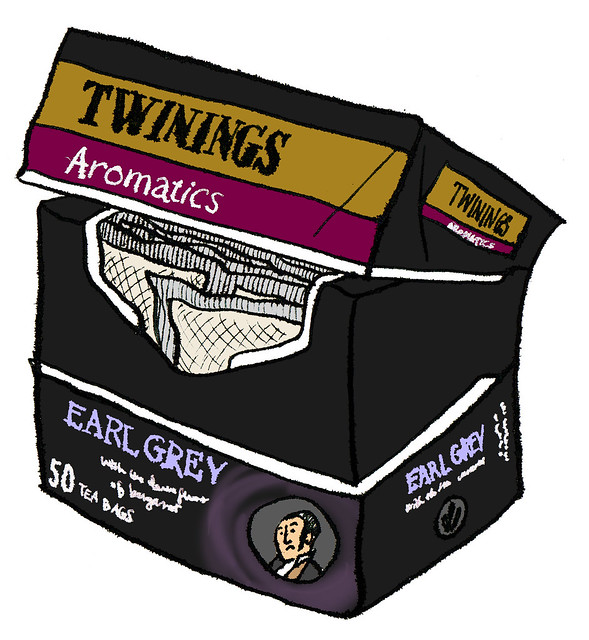 First Day The sessions are happening in this amazing spaceÂ Octopus collectiveÂ at Barrow-in-Furness Â literality inside a huge green park. The city…

We started the day with an intro to all the kit at the Lab with Dave. Super exciting fun stuff…