Today was a bit of a slow day in comparison to the first two. I began by being sucked back into the real world, with 50+ emails that took my the whole morning to clear. In the afternoon we had a weird presentation by a guy called Peter Eyres – loosely based around exploring ‘alternative funding strategies’. We split into two groups to role-play a future without public funding from two different perspective – the corporate whore and the ‘social responsible’ artist.

I found myself in the ‘socially responsible’ group, but the idea of ‘role-playing’ this felt pretty impossible as it all felt just too close to home. We talked about compromise, being told what to do / working to a brief and funding / subsidising your practice by working other jobs so that your work can remain more autonomous / less commercial. Below are my notes from the session, which lasted most of the afternoon. 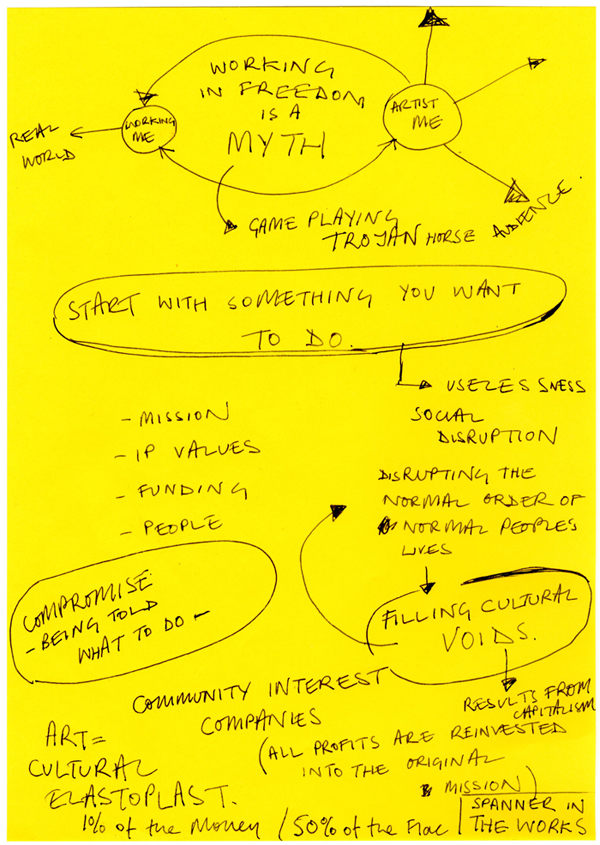