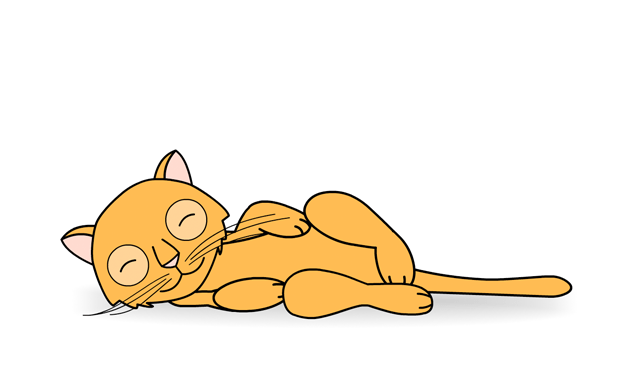 I managed to sneak a cat into it!

This is where I’m supposed to sum my experiences with DM Labs in an eloquent and succinct way, explaining my process and development from residency to finished piece. But instead it will probably be a lot of disjointed, nonsense ramblings…because it’s hard for me to order it all in my mind. I think I am still too close to it all to draw any meaningful conclusion from the whole experience.

I’m still preoccupied with trying to get the animations finished. I’m frantically animating whenever I have spare time, and I’m really hoping someone will come up with a safe and reliable way to fold time before the end of September, so I can get it all done by then.

I don’t think I knew what to expect when I was commissioned for this project. Not having done anything like this before. My emotions on finding out I had been commissioned fluxed between joy and panic. I felt privileged to have be picked but I had (and still have) doubts about whether I was up to the task.

I’ve never made anything that will be on such public display for such a long period of time. The idea of this piece of work running day after day in the same space is a very daunting prospect. What if it drives people into a touchscreen-punching rage?

When I make something I am torn between wanting hold onto it and feeling the need to show it off. I usually opt for the former, but with this project I have no choice…it is destined to leave my hands and go out into the world.

While this project has sucked a lot of time, energy and will-to-live out of me at times, I have enjoyed aspects of it immensely. I really enjoyed being part of the residency and the creative freedom and atmosphere that it engendered. It gave me the opportunity to meet and talk to many interesting artists, making me aware of the work they do, and inspiring me to try and make art and creativity a bigger part of my life. I really feel like I flourished in that environment…so thanks to all involved.

I have also enjoyed thinking about the possibilities of what I could do with this project. Although at times I have found the process of developing ideas that would work well on the touchscreen platform quite difficult and frustrating. But I was greatly benefited in this process by the help and guidance of Benedict, Dave and Glenn. So many thanks to you guys too.

Although I enjoy this development process it did seem to eat up most of the project time. With the work undergoing many changes before it’s current structure was decided upon. Which means that I have been left with a relatively short amount of time in which to animate everything :s I think I have learnt a valuable lesson from this process…not to over-reach in the future. I will also try and take to heart something that Benedict said that stuck with me. Something along the lines of ‘keep it simple as things have a way of getting complicated all by themselves’.

My application for this commission proposed the development of my final idea from the residency. Which, I think, was probably too ambitious for me to deliver. So although I really liked the idea, it was good that Benedict suggested I try and concentrate on the interactivity of the touchscreen. Thus the idea of making a series of short inter-related scene with simple, yet differing interactions, was born’eth.

Again I initially “over-egged my pudding” and promised more than I could deliver in such limited time, and after a bit of a breakdown, it was agreed that I would reduce the number of scenes I’d deliver (I’m really not making myself looking very good here am I? :s Oh well! ). Thankfully with the hard work and assistance of Andrey Pissantchev, flash programmer extraordinaire, it is starting to resemble a finished piece of work. So many thanks to Andrey the magical flash wizard.

So in summary, although I have found this a very draining experience, I have a also found it a very educational one, and I hope I will be able to apply the lessons that I have learnt to future creative endeavours. As to whether I will want to embark on another public art project, if an opportunity presents itself again…that I’m not so sure about…probably not if I’m still in full-time work :s For now I just hope that what I produce will provide a pleasant distraction for patients of the Wilberforce Health Centre rather than annoying them.

Finally, many thanks to my friends and family for their patience and support whilst I have been working on this project. Particularly my long suffering boyfriend Ray x