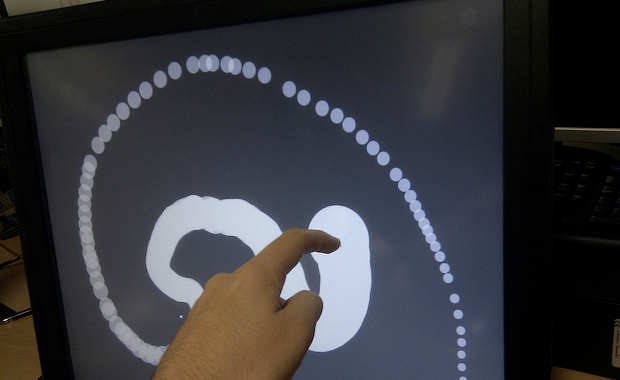 Trying to find nice examples of touch screen art feels hard to me. A few projects come to mind that don’t use the technology we are focusing on necessarily, but do introduce nice modes of interaction and aesthetics.

We then moved on to a number of technical elements, each one triggering an association in some way with the next.